Can we have a rule to prevent talking about politics in world chat? 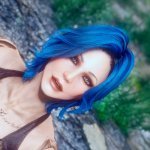 By Leathium,
February 27 in Development & Suggestions