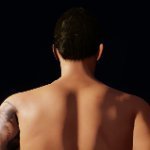 Dear players,   A wonderful day is coming - December 6th. Our community will be 6 years old. To prepare for the holiday and make it more fun, we decided to hold a contest  We invite everyone to take