Possibilities of using gold and other options

By Angelqueen,
March 11 in Development & Suggestions 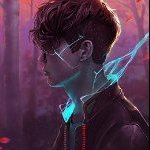 Trust me, having players being able to transfer/send gold between them will be the end of this game as it was on other adult games. I agree with the rest tho.

Don't forget that everything to do with the game in the way of clothing and animations is loaded into all of our computers in the games directory. Every piece of clothing, textures and such are and ha