A Question For The Ladies...(Dick Pics) 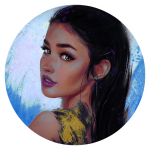 Most of the time I eyeroll & laugh, wondering which website it came from lol... it's pretty funny ^^       It feels like when you send a resume for a job application... and put a dick pic instead

For the most part for me it's a turn off.   Based on the experiences I have had when I have been shown pictures like this in game the working assumption seems to be that on being shown a picture of a