Dear 3DXChat Community! Even at this very difficult times, we continue to work hard to improve 3DXChat project for you. We are pleased to announce that the new build 413 has already been releas 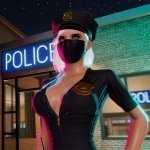 Hey guys, thank you for this big update. I like it so far, but I still have some thoughts about it. As a latex freak, I really love the stocking thing, but it would be so much cooler if you could a